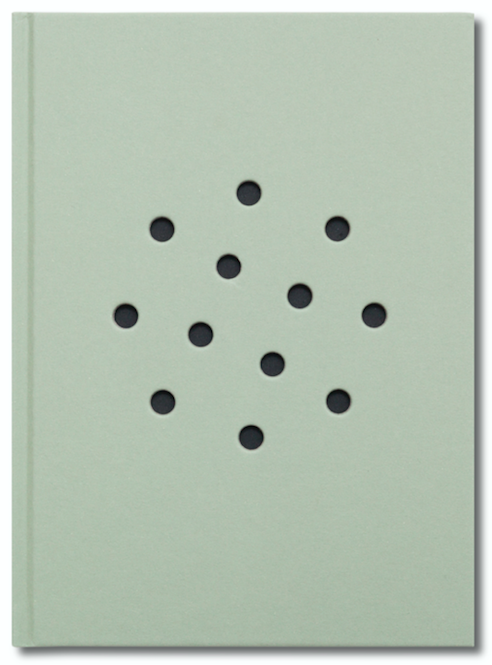 For Birds' Sake
by Maria Sturm & Cemre Yeşil
For centuries, the keeping and breeding of songbirds, especially finches, has been closely linked to the city of Istanbul. Its geographical location as a transit point on the migratory routes between Africa and Europe and the environmental richness of the area of the Bosphorus, with its forests, lakes and wetlands, has led to the encounter between birds and men through birdsong. A tradition with many social platforms rooted in a Greek community that lived in Istanbul during the Ottoman Empire and which has been adopted by Turkish men and maintained over the years.

It is this fascination, transmitted from father to son, and the close relationship between breeders and birds that led the photographers Maria Sturm and Cemre Yesil to work on a project that now sees the light in the book For Birds’ Sake (La Fábrica, 2015); a publication showing the mysterious bond that develops between birds and their caregivers, filled with contradictions between love, possession and pleasure; a subtle and feminine view of this micro-universe of birds and men.

The breeders or "bird men" risk heavy fines for capturing finches in the wild and only keep one or two specimens in captivity at a time. The male greenfinch and goldfinch are the most appreciated because of the prodigious trills with which they attract females during the mating season.

Sturm and Yesil have followed these men in the meetings they hold in the cafes of Istanbul every weekend from April to August. In this way, they have captured how the breeders transport the birds in boxes lined with paper or cloth with different styles of wrapping and presenting the cage: from monochrome fabrics to crochet lace and multicolour threads to blue beads to protect the birds from the evil eye. The strength of this tradition is revealed in all its fullness in the singing competitions where, while awaiting their turn to participate, the breeders perform warming-up rituals by stroking the cages, whistling, whispering or playing songs on their mobile phones.

However, this tradition seems to be coming to an end. Turkey’s adoption of rules and regulations in order to be accepted as a member of the European Union means that activities that may endanger wild birds are prohibited. Moreover, the constant urban growth of Istanbul -which is expected to reach a population of 4 million by 2025- threatens the green areas of the Bosphorus, endangering migratory routes.

The Istanbul "bird men" choose to ignore this fact. For them, breeding the birds and hearing their singing is an addiction. Sturm and Yesil approach this relationship through photographs that try to comprehend this passion for caging and convey the contradictions involved in the struggle of these men to protect the birds against nature while demonstrating against the laws that protect them. The whole series is based on the struggle between femininity and masculinity: the role of wives, completely disconnected from the finch-breeding process, and the photographers themselves immersed in a totally male world to publicize a custom which is so "ordinary" for those involved; a white box containing darkness to make the bird sing as beautifully as possible; the women, trying to understand this passion for caging, and the men trying to understand the need to portray such "ordinary" cages.
ISBN: 9788416248339
Publisher: La Fábrica