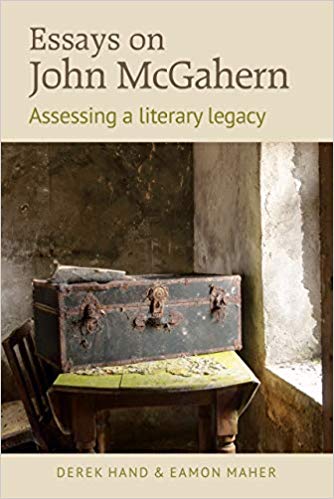 Essays on John McGahern: Assessing a literacy legacy
by Eamon Maher & Derek Hand
(Note: I have a chapter and images in this book.)

This collection of essays, written by many of the foremost McGahern scholars, provides solid reasons for why the Leitrim writer has assumed canonical status since his premature death in 2006, an event which sparked something akin to a period of national mourning in Ireland. The reason why so many people felt his loss so keenly is probably due to the fact that McGahern s attention to detail, his feel for landscape, his understanding of the Irish psyche, his carefully chiselled prose, his love of social and religious rituals, all contributed to his remarkable evocation of what it was like to live in Ireland at a specific time in its evolution that is to say, from the time of independence up to the beginning of the new millennium.
ISBN: 1782053298
Publisher: Cork University Press (15 Mar. 2019)