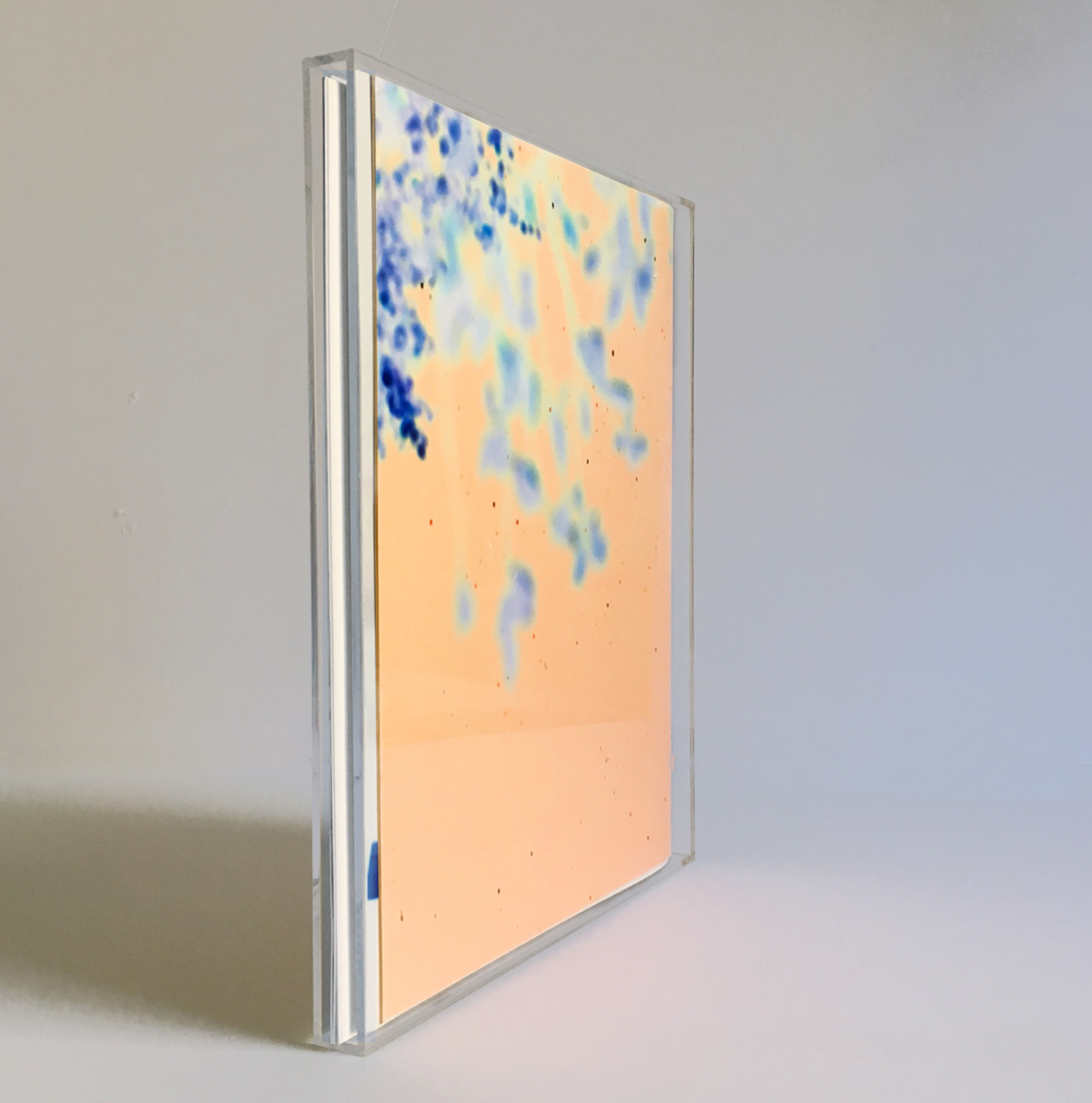 Because the Sky
by Amanda Marchand
For this series I re-purposed out-takes from an earlier series. That series comprised long exposures taken at night with an analogue film camera. I had used a digital camera as a light meter. In analogue photography you begin with a negative and make a positive image from that - so the language of photography is rooted in this mirrored relationship of light and dark, reversal and halves. I used the digital images (positives), out-takes of the full moon, and made digital negatives on my computer.

I wanted to exchange night for day. I wanted to explore what is latent, unseen. My mother had passed away three years earlier and I felt her with me almost more than I felt her gone. I wanted to explore this strange relationship between absence and presence in the idea of the ghost. When I flipped the images, instead of day - I found a new reality, a shadow world. Here I discovered an alternate state bathed in color and softness, one on the horizontal axis of the possible.