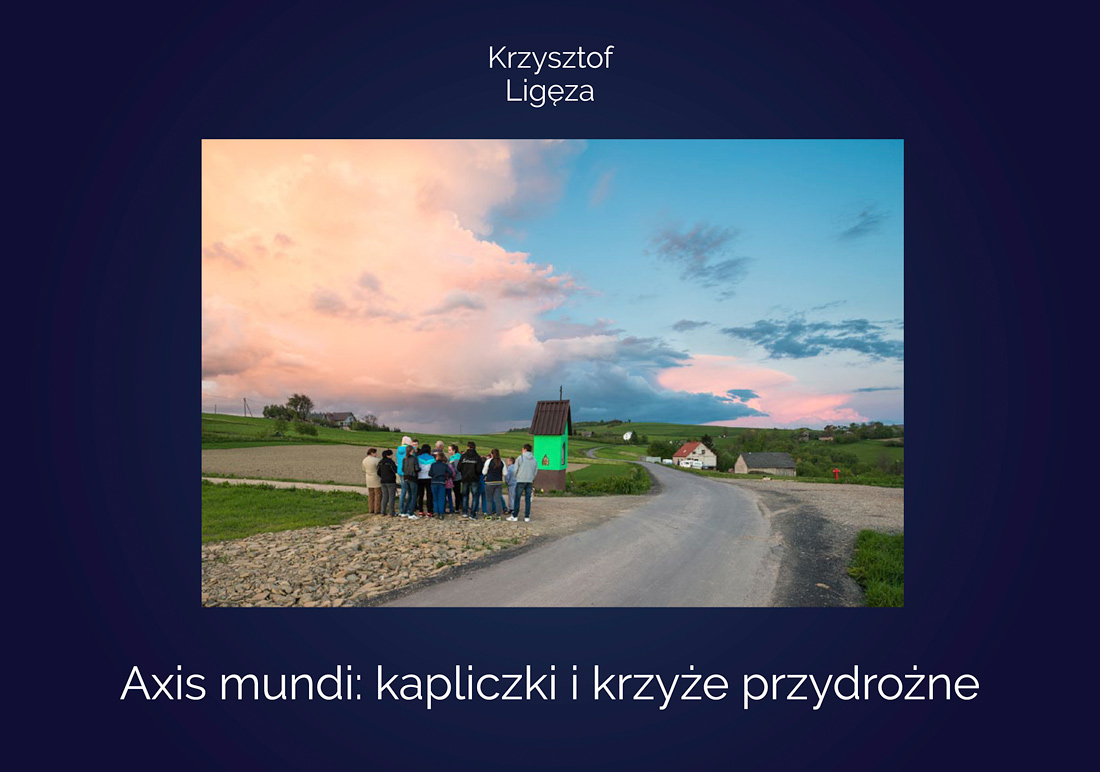 Excerpt from dr Krzysztof Jurecki foreword: “[…] The chapel-shrines and crosses from Krzysztof Ligęza’s images determine, what is an important discovery of these photographs, the “axis mundi” – spiritual fireplaces that existed from the beginning of civilisations, in its various geographical and mental spaces, as Mircea Eliade wrote. In this intention Zofia Rydet had been photographing houses, looking like temples filled with objects of religious worship, in her famous mega-series, "The Sociological Record 1978-1990". […]Landscape plays a key role in the series. It presents places of worship, people and animals. The artist photographs both small towns and urban landscapes, showing religious life in urbanised places, sometimes using the so-called “bird’s-eye view”, which is a slightly different, wider point of view, and still rarely used on a larger scale. Sometimes the people are frozen in prayer and concentration, while others are in motion, which introduces an element of dynamism and visual contrast. An important role is also played by animals shown here, including flying birds. These are not artificial actions or the use of sensation, but the manifestation of a specific vision of the world. The role of the spiritual community is emphasized by light, also in the form of a rainbow, which is depicted here as a good, divine sign of the covenant. Landscapes are complemented by the portraits of psychological kind, depicting the local residents. However it is within the limits of reality.”