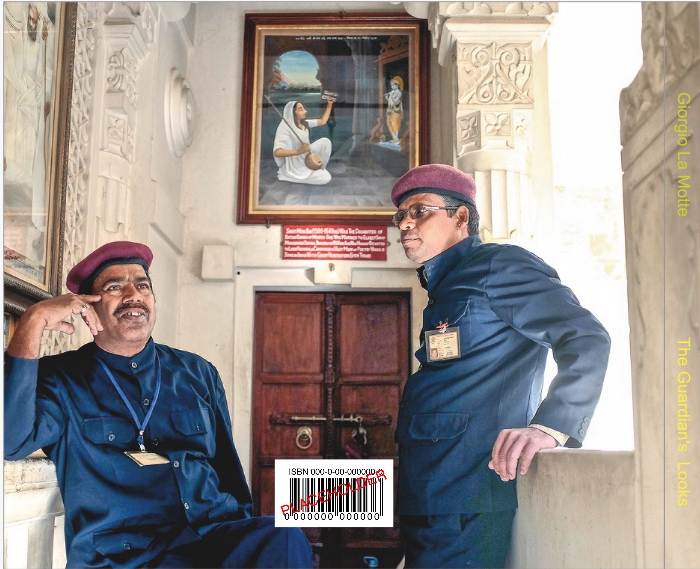 The Guardian's looks
by Giorgio La Motte a.k.a. Giuseppe Potente
In this series all of the images are caught in candid moments, rather than in rigid “official” poses, so typical of the picture usually shown in the prints. I started this project six years ago, immediately after my first photos of the guardians of the Palaces of Rajastan: their humanity, sympathy and the contrast between their economic position certainly not high and the magnificence of the structures they guarded was so explosive that it made me continue, and to reread the metaphorical meaning of the image: Guardian as a contrast between being and appearing, between having and not having, between power and subjection, between self and super-ego. The title has a double meaning, Look as the uniform and look as the glaze around. I have always tried to capture their spontaneous humanity: to best express the contrast between their private human condition and the massive consistency of the supervised assets. I have arbitrarily divided the guardians into different groups: Private Guardians: of the Art Galleries, or of the Mall, or of Rajasthan Palaces, for example. Guardians of the Institutions (Parliaments): guardians of the living persons who have almost symbolically “died” all over the world, due to the affirmation of the individual Power of some heads. Guardians of the Sacred and of Cemeteries: guardians of the deads who remain alive in memory. Guardians of the Museums: as for the Cemeteries, guardians of apparently dead works that remain alive in our mind and in history. But in this book I have freely mixed all these groups. I have coupled the photos in this book without a spatial or chronological order, but searching for the look and the poetic rhyme. I like to put together different people, to get a more surreal effect.
ISBN: ISBN: 9780464586609
Publisher: Blurb