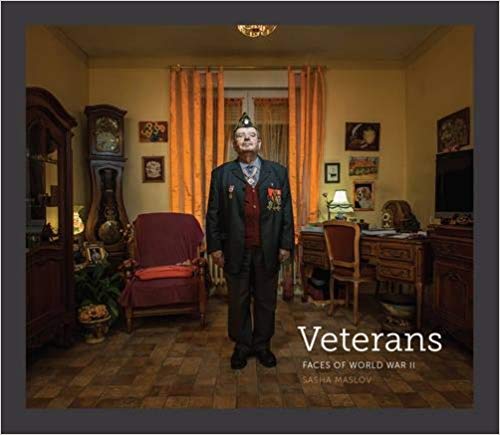 Veterans: Faces of World War II
by Sasha Maslov
Ichiro Sudai trained to be a kamikaze. Roscoe Brown was a commander in the Tuskegee Airmen, the first African American military aviators. Uli John lost an arm serving in the German army but ultimately befriended former enemy soldiers as part of a network of veterans—"people who fought in the war and know what war really means." These are some of the faces and stories in the remarkable Veterans, the outcome of a worldwide project by Sasha Maslov to interview and photograph the last surviving combatants from World War II.

Soldiers, support staff, and resistance fighters candidly discuss wartime experiences and their lifelong effects in this unforgettable, intimate record of the end of a cataclysmic chapter in world history and tribute to the members of an indomitable generation. Veterans is also a meditation on memory, human struggle, and the passage of time.
ISBN: 978-1616895785
Publisher: Princeton Architectural Press