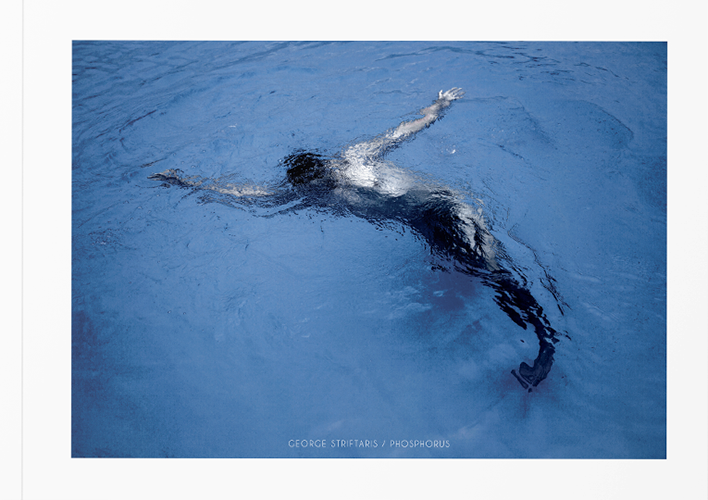 PHOSPHORUS
by GEORGE STRIFTARIS
Phosphorus is the ancient Greek word that signifies "he who bears light". Lucifer, in Latin. It was also, once, the name by which the planet Venus was known. Furthermore, it is one of the chemical elements necessary to the existence of life. PHOSPΗORUS is a photographic album, a collection of male nudes that are sometimes incorporated in a natural environment, sometimes in an urban setting and at other times appear to inhabit an unexplored interim of invented space. They circulate, stand, pose, give in to abandon. Impudent within a nudity that seems self understood, they forcefully trigger not only the viewer's retina but also his or her dormant psychic fissures, as each in turn annihilate the stereotypes of manhood. Self-sufficient, they give in to nonchalance, to narcissism, to melancholy, to neurosis, to guiltless bliss. The men of planet PHOSPHORUS appear to despise time and its constraints. Above all, they are there to be looked at.
ISBN: ISBN 978-960-93-74910
Publisher: George Striftaris / www.striftaris.com