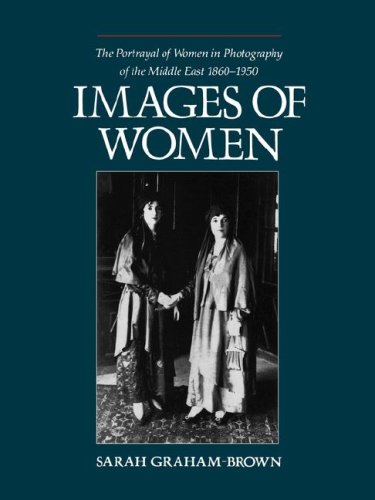 Images of Women
by Graham
Publisher's Description
"The portrayal of Middle Eastern women in the West still relies heavily on a number of well-worn clichés about the 'exotic East': images drawing on Orientalist visions of harems, veiling and seclusion, of women are 'gilded prisoners' which reached the height of popularity in the nineteenth century. Images of Women examines how these Western stereotypes of women in the Middle East were shaped and perpetuated by photographs taken in the nineteenth and early twentieth centuries by commercial studios, travellers, missionaries and anthropologists. Photographs taken of these women by Westerners are also contrasted with those taken or commissioned by well-to-do Middle Eastern families or individuals. Sarah Graham-Brown analyses...the uses photographs may have in documenting the largely hidden history of women in the Middle East."--the publisher.
ISBN: 0231068263
Publisher: Columbia University Press
Hardcover : 288 pages
Language: English
Dimensions: 8.1 x 10.8 x 0.6 inches