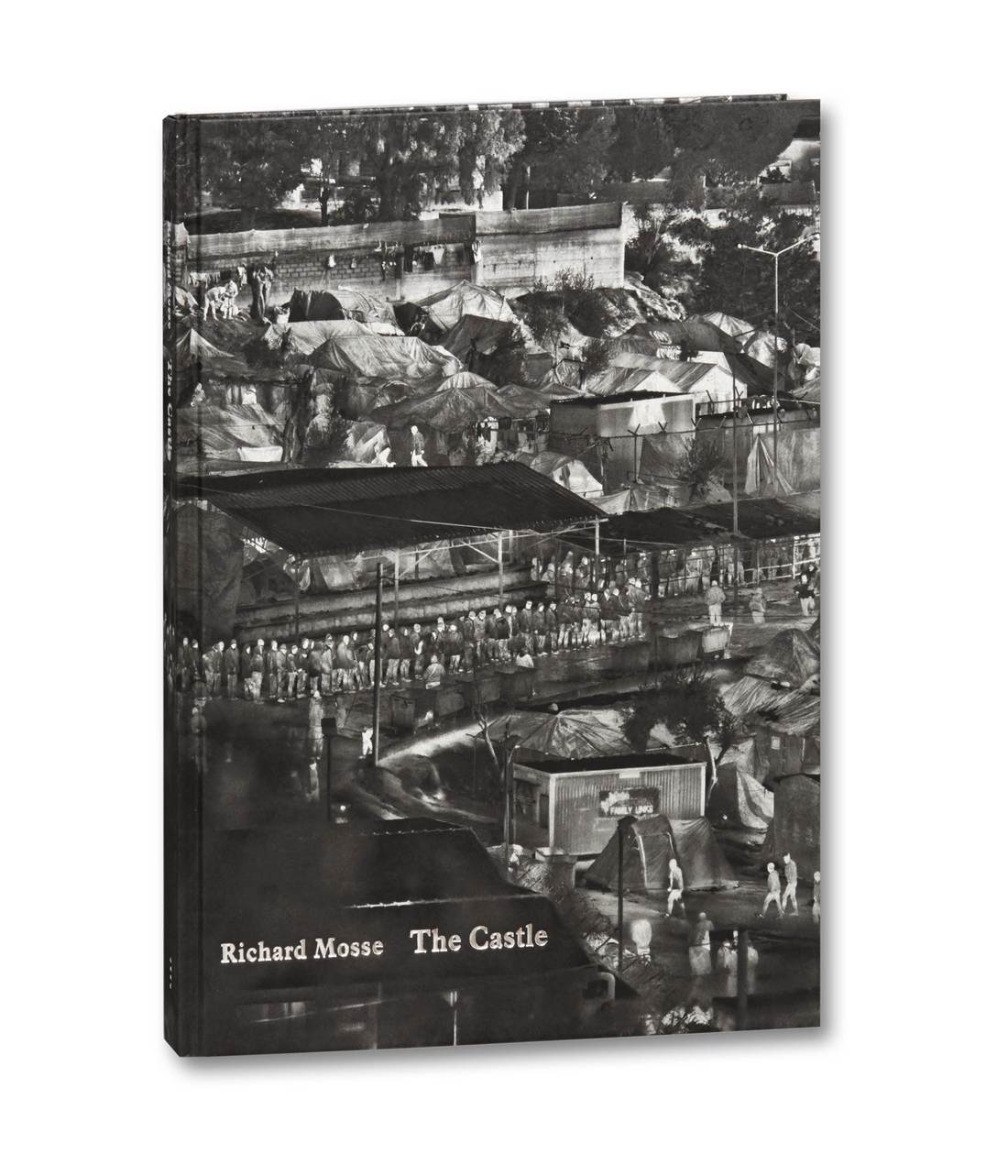 The Castle
by Richard Mosse


Richard Mosse has spent the past few years documenting the ongoing refugee and migration crisis, repurposing military-grade camera technology to confront how governments and societies perceive refugees. His latest book The Castle is a meticulous record of refugee camps located across mass migration routes from the Middle East and Central Asia into the European Union via Turkey. Using a thermal video camera intended for long-range border enforcement, Mosse films the camps from high elevations to draw attention to the ways in which each interrelates with, or is divorced from, adjacent citizen infrastructure. His source footage is then broken down into hundreds of individual frames, which are digitally overlapped in a grid formation to create composite heat maps.

Truncating time and space, Mosse’s images speak to the lived experience of refugees indefinitely awaiting asylum and trapped in a Byzantine state of limbo. The book is divided into 28 sites, each presenting an annotated sequence of close-up images that fold out into a panoramic heat map. Within this format, Mosse underscores the provisional architecture of the camps and the ways in which each camp is variously marginalised, concealed, regulated, militarized, integrated, and/or dispersed. His images point to the glaring disconnect between the brisk free trade of globalized capitalism and the dehumanizing erosion of international refugee law in European nation-states. Named after Kafka’s 1926 novel, The Castle prompts questions about the ‘visibility’ of refugees and the erosion of their human rights.

The book comes with a separate book of texts, including a poem by Behrouz Boochani, the journalist, novelist and Iranian refugee currently held by the Australian government in confinement on Manus island, an essay by Paul K. Saint-Amour, associate Professor of English at the University of Pennsylvania, an essay by philosopher Judith Butler, and a text by Richard Mosse.
ISBN: 978-1-912339-18-1
Publisher: MACK