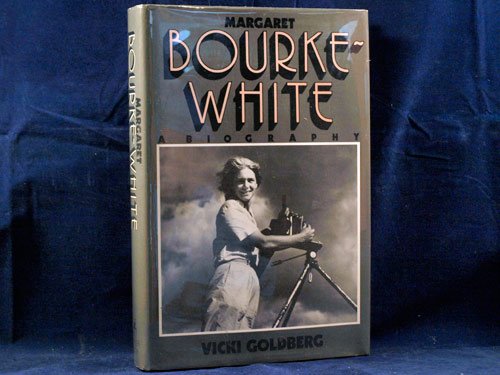 Margaret Bourke-White: A Biography
by Vicki Goldberg
Publisher's Description
Margaret Bourke-White's life mirrored the tumultuous times in which she lived. She was Fortune magazine's first photographer, and it was her photograph that graced the first cover of Life magazine. Her extended essays for Life helped her achieve tremendous celebrity. She had a stormy working partnership and brief marriage with writer Erskine Caldwell, the two of them collaborating on a book about the rural South and visiting pre-war Europe and the Soviet Union together. During World War II she was one of the few women journalists accredited by the U.S. armed forces, covering the ground war in North Africa and Europe as well as flying on several bombing raids over Germany. Subsequently, she photographed the last days of the British in India and the conflict in Korea. Vicki Goldberg's narrative details this exciting life and explores the sources of Bourke-White's personal dissatisfactions.
ISBN: 0060155132
Publisher: Harpercollins
Hardcover : 426 pages
Language: English