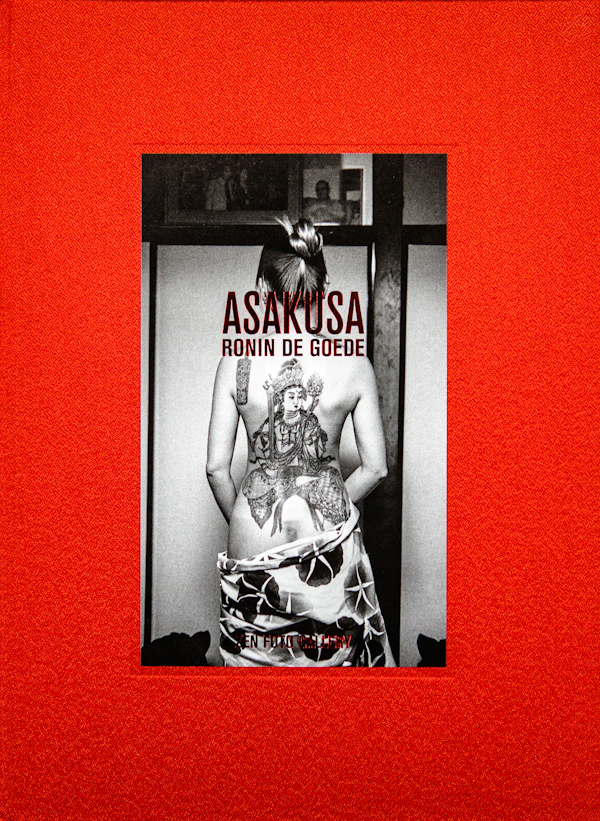 Asakusa” by Dutch photographer Ronin de Goede is a photographic diary of the days he spent photographing the work of Japanese master tattoo artist Horikazu and the clients who hire him. As Japan has historically been and continues to be a country where tattoos remain closely associated with the criminal underworld, following Horikazu’s work – his specialty being the full-body tattoo – slowly allowed de Goede entry to the world of the yakuza… “Yakuza thrive on their image as honourable outlaws, perpetuated in Japanese novels, magazines, plays, films and manga. But nothing could be further from the truth – while they may make very public displays of their rare acts of public generosity, ultimately their power is based on fear. Like criminal syndicates around the world, in Japan the yakuza run protection rackets and drugs, they trade in human flesh, they extort, bribe, bully, maim and kill, and because of their nationalist, usually right-wing ethos, became enmeshed with the government due to their long and complicated history serving as the government’s enforcers, most prominently after the Second World War (…)” (from Mark Poysden’s afterword)