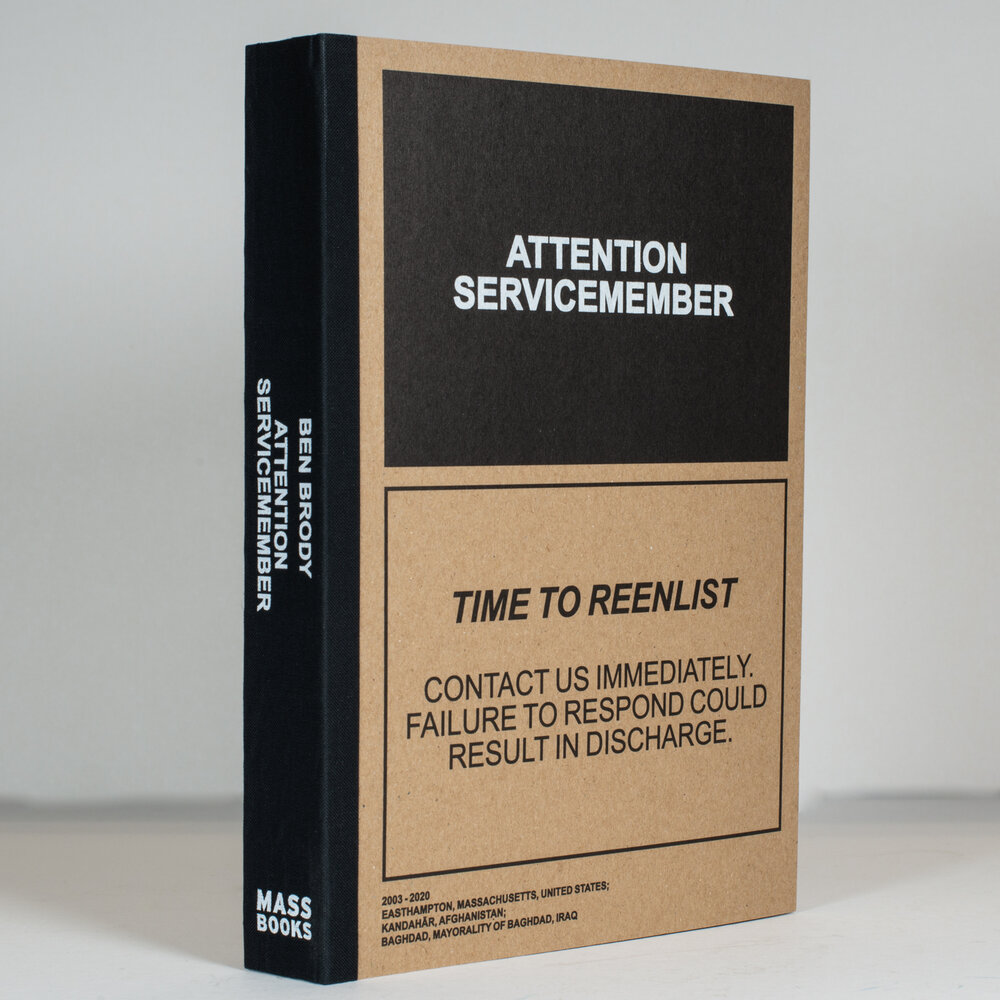 Attention Servicemember
by Ben Brody
Attention Servicemember is Ben Brody’s searing elegy to the experience of the American wars in Iraq and Afghanistan. Starting off as a soldier assigned to make visual propaganda during the Iraq War, he later left the army and travelled to Afghanistan as an independent civilian journalist. With a design inspired by military field manuals, the book deftly maneuvers through an evolving and often darkly humorous creative process – intimate, confronting, and meditative. In anecdotes from an intensely personal perspective, Brody also offers an insiders’ view of the contentious but symbiotic relationship between warfare and the media, and a soldier’s deeply personal reckonings with both.
ISBN: 9781941703120
Publisher: Mass Books