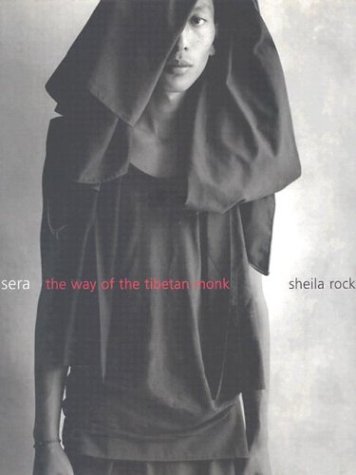 Sera: The Way of the Tibetan Monk
by Sheila Rock
Publisher's Description
Tibet was once home to thousands of thriving Buddhist monasteries. But in 1959, following a Tibetan uprising against China's long occupation, nearly all were destroyed by the Chinese military, the practice of Buddhism was outlawed, and the Dalai Lama was forced into exile. In March of that year, Chinese tanks bombarded the 540-year-old Sera Jey Monastery in Lhasa, Tibet, killing hundreds of monks and destroying ancient texts and invaluable artifacts that had been collected over centuries. Thousands of survivors fled over perilous mountain passes to neighboring India, many with only thin robes and light footwear to shield them from the harsh winter conditions of the Himalayas. The Sera Jey Monastery, reestablished near Mysore, India, now houses 5,000 Buddhist monks living in exile-including many who escaped the attack on the Tibetan monastery in 1959, and many more who have never known their ancestral homeland. Providing a intimate glimpse of this rarely seen world, Sera: The Way of the Tibetan Monk evokes the subtle moods and rhythms of this Buddhist community that has steadfastly carried on the legacy of the original Sera Jey. More than 100 duotone photographs capture daily rituals and sacred ceremonies, serious moments and playful gestures, compassionate faces and expressions of inspired serenity. Moving and unforgettable, Sheila Rock's portraits celebrate the tranquility, simple joys, and unadorned beauty of the ascetic life, offering a powerful testament to the strength and resilience of a persecuted people. A percentage of the royalties from this book go to the Sera Jhe Health Care Committee in aid of various humanitarian projects
ISBN: 0231128908
Publisher: Columbia University Press
Hardcover : 144 pages
Language: English
Dimensions: 10.2 x 11 x 0.7 inches