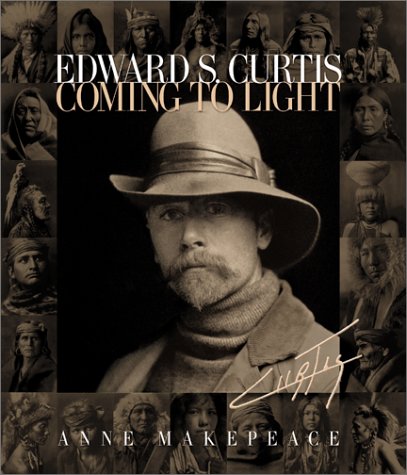 Edward Curtis's photographs of the American Indian have become national treasures, but the tragedy of his own life and his role as Teddy Roosevelt's family photographer are largely unknown. This unprecedented book offers his extraordinary story and a collector's-quality edition of Curtis's work. Bold, sometimes abrasive, forever passionate, Edward Curtis was the quintessential romantic visionary. Curtis struggled through an impoverished boyhood in Minnesota to become a successful society photographer in Seattle. But he soon moved far beyond weddings and studio portraits to his life's work-a multi-volume photographic and ethnographic work on the vanishing world of the North American Indian. Initially, Teddy Roosevelt and J. P. Morgan backed the ambitious project. But as the work stretched over years, Curtis found himself alone with his vision, struggling to finance himself and his crews. The 20-volume North American Indians, finally completed in 1930, cost Curtis his marriage, his friendships, his home, and his health. By the time he died in 1952, he and his monumental work had lapsed into obscurity.
In this richly designed book, Anne Makepeace, creator of an award-winning documentary on Curtis's life, reexamines the lasting impact of his work. Curtis's photographs, once ignored, now serve as a link between the romantic past and contemporary Native American communities, who have used his images to reclaim and resurrect their traditions.

ANNE MAKEPEACE
is a respected filmmaker and director. Her award- winning documentaries include Coming to Light: Edward S. Curtis and the North American Indians (PBS 2001); Baby It's You; and A Thousand Pieces of Gold. Her works have been sponsored by the Corporation for Public Broadcasting, the National Endowments for the Arts and Humanities, and American Playhouse, and she has served as a writer/director at the Sundance Institute.