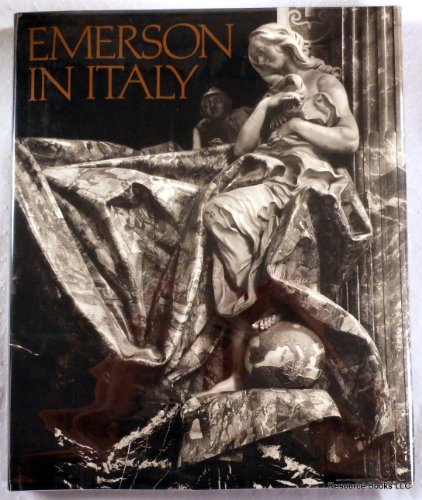 Emerson in Italy
by Evelyn Barish
Publisher's Description
Hofer's photographs trace the voyage of Ralph Waldo Emerson to Italy in 1832. Sick with tuberculosis and grieving the death of his young wife, Emerson departed from the land where he was still considered a renegade minister to seek an eye into the universe. Italy revived not only Emerson's health, but also provided him with a deeper perception of his role in the world he had left behind. Hofer's photographs of Emerson's Italy reveal that land in all its glory. "We feel that if Evelyn Hofer were to photograph the sea the very waves would hold their breath for her."--John Russell.
ISBN: 0805009140
Publisher: Henry Holt & Co
Hardcover Language: English