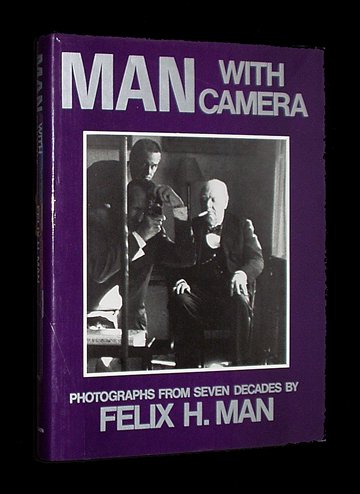 Man with Camera
by Felix H. Man
Publisher's Description
First published in England in 1983, this monograph explores the range of photographic assignments that Man covered during his seventy or so years as a journalist. Included are pictures from World War I. Born in southern Germany, Man photographed for many of the German newspapers and magazines. In 1934 he left Nazi Germany for England and began photographing for the Weekly Illustrated and later for the Picture Post. His forte was spontaneous photographs of political and cultural personalities and events, shot in strong, existing light. Also included is a journal of recollections describing the events and circumstances surrounding many of the photographs.
ISBN: 0805238778
Publisher: Schocken
Hardcover : 280 pages
Language: English