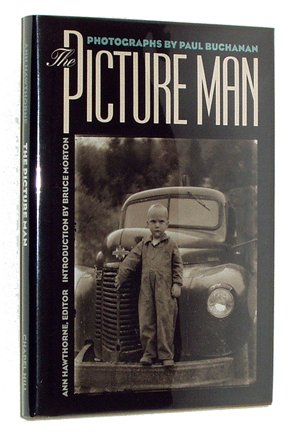 The Picture Man
by Ann Hawthorne
Publisher's Description
Itinerant photographer Paul Buchanan photographed four North Carolina counties over a period of about thirty years. He had stopped for more thirty years when photographer Ann Hawthorne tracked him down and began visiting him. Never considering himself an artist, Buchanan simply took pictures of the people living in the mountains for personal enjoyment and as a source of income. However, this book reveals a splendid portraitist, who captured his subjects as they wished to be photographed, avoiding the stereotypes that other non-native photographers would often impose on them. With an interview by Ann Hawthorne.
ISBN: 0807821195
Publisher: Univ of North Carolina Pr
Hardcover : 126 pages
Language: English