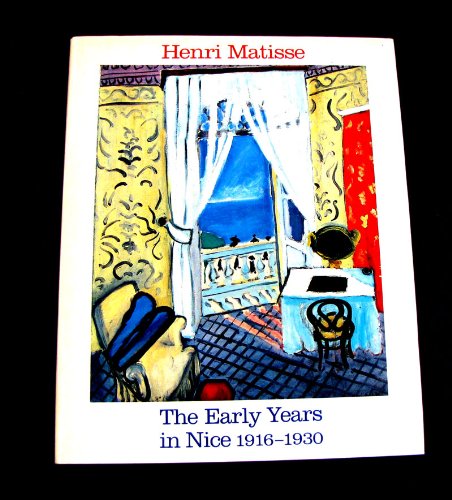 Henri Matisse: The Early Years in Nice 1916-1930
by Jack Cowart
Publisher's Description
Accompanying an exhibition at the National Gallery of Art in Washington, this volume provides the first detailed study of one of the richest and most prolific periods in Matisse's career, spent in Nice betweeen 1916 and 1930. In this visually luxurious and critically responsible catalogue, curator Jack Cowart traces the public and personal events surrounding the artist during this period in a complete illustrated chronology, while poet and critic Fourcade contributes an analysis of the significance which Matisse's extended sojourn held for the further development of his work. Also included is Margrit Hahnloser-Ingold's historical essay "Collecting Matisses of the Twenties in the Twenties," which discusses public appraisal of Matisse's work during his own time. Among the more than 400 illustrations are over 50 paintings reproduced in color for the first time; all provide a lingering look at an inspired period in which Matisse's unequalled quality of light, color, and decorative richness came to an effulgent bloom.
ISBN: 0810914425
Publisher: Henry N. Abrams, Inc.
Hardcover : 368 pages
Language: English