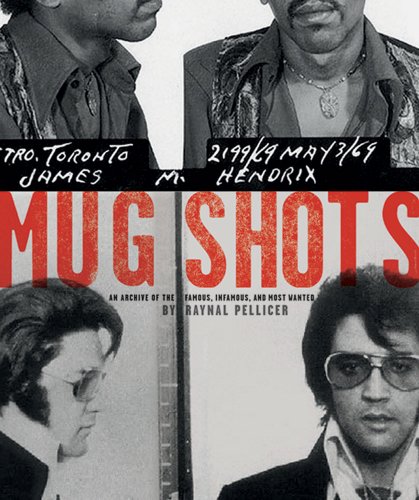 Mug Shots: An Archive of the Famous, Infamous, and Most Wanted
by Raynal Pellicer
Publisher's Description
At the end of the 19th century, Alphonse Bertillon created the first police laboratory for the scientific identification of criminals and developed the 'anthropometric photo,' with which the accused were inventoried by their measurements and physical markings. The mug shot, as it came to be known, was quickly adopted around the globe, and is today an essential police procedure.

Accompanying these gripping images is illuminating commentary that puts both the criminals and their crimes in historical context, and reconstructs some of the most dramatic trials of the 20th century.
ISBN: 9780810921092
Publisher: Harry N. Abrams
Hardcover : 286 pages
Language: English
Dimensions: 7.9 x 9.6 x 0 inches