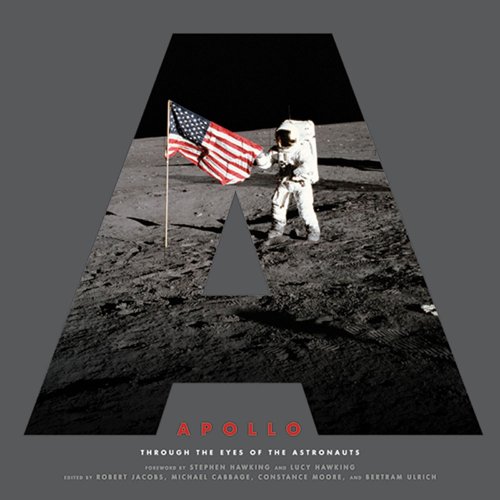 Apollo: Through the Eyes of the Astronauts
by Michael Cabbage
Publisher's Description
Apollo is a photographic commemoration of the Apollo lunar missions as seen through the eyes of the astronauts. Each of the surviving 21 astronauts from the Apollo missions has chosen a favorite photograph from his space flight especially for this book. These selections are accompanied by other iconic photographs from the Apollo missions. Bestselling astrophysicist Stephen Hawking and his daughter Lucy Hawking contribute a foreword on the meaning of the space exploration. July 20, 2009, marks the 40th anniversary of the first manned landing on the Moon by Neil Armstrong and Buzz Aldrin of Apollo 11. Apollo is the only photographic book on the Apollo missions to be created by NASA, and is the perfect commemorative volume about this epochal program, where legendary achievement was recorded in powerful images.
ISBN: 0810921464
Publisher: Harry N. Abrams
Hardcover : 132 pages
Language: English
Dimensions: 10.3 x 10 x 0.7 inches