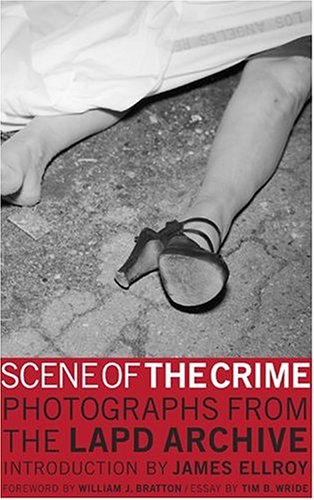 Scene of the Crime: Photographs from the LAPD Archive
by Tim Wride
Publisher's Description
Los Angeles in the decades after the Depression was a smoldering powder keg of vice, corruption, violence, and some of the most sensational crimes in American history. The Black Dahlia slaying, the Onion Field murder, ?lm star Thelma Todd's mysterious death, the killing of Kansas City gangsters The Two Tonys by Jimmy The Weasel Fratiano: these are but a few of the cases that once riveted the nation's attention and were captured in striking crime-scene and forensic photographs for the Los Angeles Police Department. Long forgotten in a warehouse, these recently discovered photographs from the LAPD archive form a powerful visual history of the underbelly of Los Angeles from the 1930s to the 1960s. Although disquieting and often brutal, the images have an atmospheric, eerie beauty that belies their documentary purpose. They are accompanied here by captions from police logs and original newspaper accounts, along with an introduction by James Ellroy, the leading practitioner of the Los Angeles noir genre, and an essay by curator Tim B. Wride discussing the archive's importance to social history and the history of photography.
ISBN: 0810950022
Publisher: Harry N. Abrams
Hardcover : 240 pages
Language: English