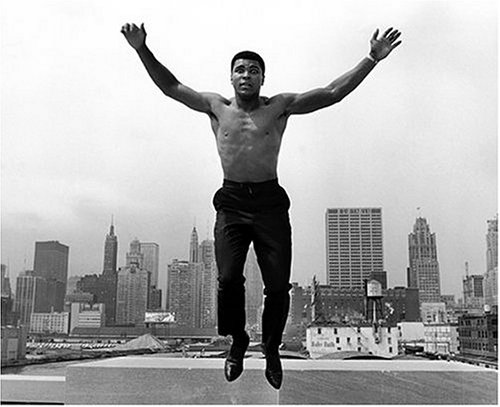 Muhammad Ali
by Magnum Photographers
Publisher's Description
From the world's foremost agency of independent photographers, Magnum Photos, comes a stunning photographic portrait of the Olympic gold medalist, heavyweight champion, and 20th-century icon Muhammad Ali. Astonishingly intimate images by some of the world's best photographers capture Ali's flamboyant style and extraordinary charisma. His shocking upset victory over Sonny Liston, his conversion to the Nation of Islam, his outspoken stances on social issues, which made him a controversial figure during the turbulent 1960s: all unfold before us in these compelling images. Stripped of his title when he refused induction into the armed services in 1967 and unable to fight until the U.S. Supreme Court upheld his draft appeal in 1971, Ali went on to compile a 565 record, wage furious ring battles with Joe Frazier and George Foreman that were among boxing's biggest events, and become the only man ever to win the heavyweight crown three times. Ali remains one of the world's most recognized and beloved figures, whose lighting of the flame at the 1996 Olympics in Atlanta moved millions the world over. His exceptional life and achievements provide fertile material for this remarkable photo-essay.
ISBN: 0810956055
Publisher: Harry N. Abrams
Hardcover : 160 pages
Language: English
Dimensions: 10 x 8 x 0.8 inches