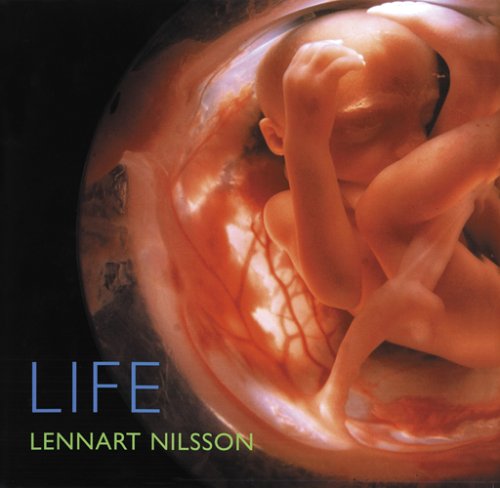 Life
by Lennart Nilsson
Publisher's Description
One of photography's watershed moments occurred in 1965, when the cover of Life magazine featured Lennart Nilsson's photograph of a living human embryo-the first time life at such an early stage had been captured on film. His classic bestseller A Child Is Born featured stunning photographs of life in the womb and earned him the sobriquet 'The Da Vinci of medical photography' (Chicago Tribune). Now, in this major work, Nilsson's extraordinary images encompass a full human lifespan.

Using the world's most exacting equipment, Nilsson reveals the interior form of the entire human body and its intricate workings as never seen before, in a book that is as stunning to behold as its contents. Featuring thoughtful essays by both a noted scientist and a renowned editor, Life shines a penetrating light on all of life's fundamentals.
ISBN: 0810958422
Publisher: Harry N. Abrams
Hardcover : 304 pages
Language: English