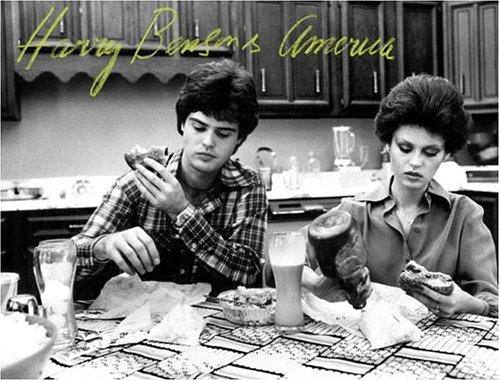 Harry Benson's America
by Harry Benson
Publisher's Description
Award-winning photographer Harry Benson came to America in 1964 with the Beatles and knew he never wanted to leave. Working for the most popular magazines in the country—Life, People, The New Yorker, Vanity Fair—he has photographed everyone and everything, from the famous to the infamous, from the sublime to the absurd, from Bob Guccione styling a model to Truman Capote dancing with transvestites. Whether they are images of Steven Spielberg, Richard Nixon, or Andy Warhol, or shots of music concerts, political rallies, or sports events, the pictures Benson has gathered in this book capture the essence of this country's pop culture over the last four decades.

No story is too small and no personality too big for the finest photographic chronicler of America's constantly changing and vastly entertaining public spectacle—a realm where success and achievement only sometimes go hand-in-hand. More irreverent than his previous books, Harry Benson's America shows a side of the photographer's work that hasn't been seen before, shedding new light on our nation in turn.
ISBN: 0810958961
Publisher: Harry N. Abrams
Hardcover : 224 pages
Language: English