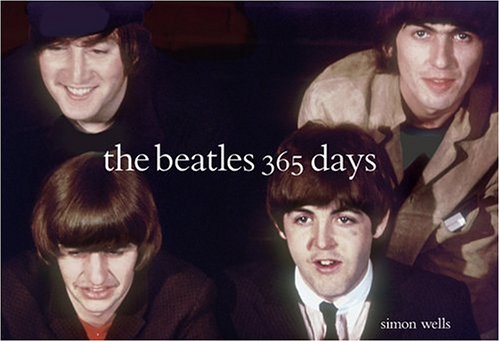 The Beatles: 365 Days
by Simon Wells
Publisher's Description
The Beatles: 365 Days is a dazzling photographic survey—in 430 black-and-white and color images, most of which are rarely or never before seen—that follows the Beatles through the arc of their spectacular career from 1963 to 1970. Arranged chronologically, the photos trace the story of the band, from their emergence on the scene in England, through their rise to international superstardom, to their very public breakup in 1970. Every aspect of their evolution from mop-tops to legends is depicted, including their personal lives, performances, press conferences, recording sessions, public appearances, photo sessions, filmmaking, and more. The captions by Simon Wells are rich in detail and provide both band history and cultural context for the photographs, as well as quotes from members of the band and those associated with them.
ISBN: 0810959119
Publisher: Harry N. Abrams
Hardcover : 744 pages
Language: English
Dimensions: 9.4 x 6.5 x 2.2 inches