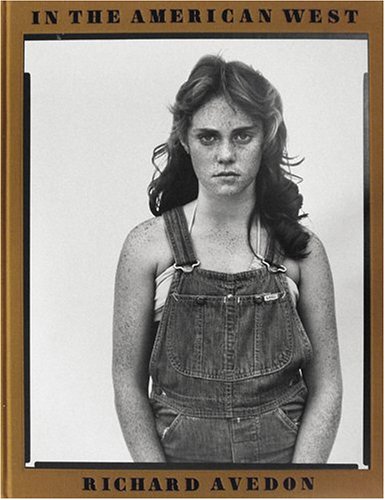 In the American West: 20th Anniversary Edition
by Richard Avedon
Publisher's Description
Richard Avedon's In the American West is widely regarded as a landmark project in photographic history and a definitive expression of the power of photographic art. First published by Abrams in 1985 in conjunction with an exhibition at the Amon Carter Museum in Fort Worth, Texas, the book is being reissued to accompany a 20th-anniversary re-showing of the exhibition at the same museum.

Avedon, who died in 2004, was the greatest American photographer of his generation. For In the American West, he traveled throughout five years, meeting and photographing the plain people of the West: ranch workers, roustabouts, bar girls, drifters, and gamblers. The resulting book includes 120 exquisitely printed black-and-white photographs, an essay by Avedon on his working methods and portrait philosophy, a journal of the project by Laura Wilson, and a new foreword by John Rohrbach. The reissuing of this legendary book, out of print for more than a decade, is a major event in the photography world.
ISBN: 0810959283
Publisher: Harry N. Abrams
Hardcover : 184 pages
Language: English