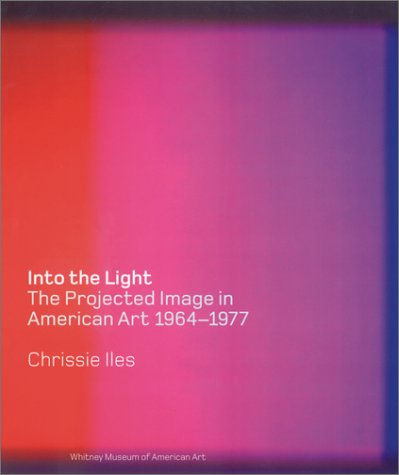 Into the Light: The Projected Image in American Art, 1964-1977 (Whitney Museum of American Art Books)
by Chrissie Iles
Publisher's Description
By transforming the traditionally static viewing space into an active participatory field, experiments with the moving image dramatically expanded the parameters of modern art in the 1960s and '70s. But due to their ephemeral nature, many such classic installation works, while remembered, have not been widely witnessed. Into the Light accompanies the Whitney Museum of American Art's re-creation of 19 landmark film, video, and slide installations from this prescient era.
ISBN: 0810968304
Publisher: Whitney Museum
Hardcover : 183 pages
Language: English