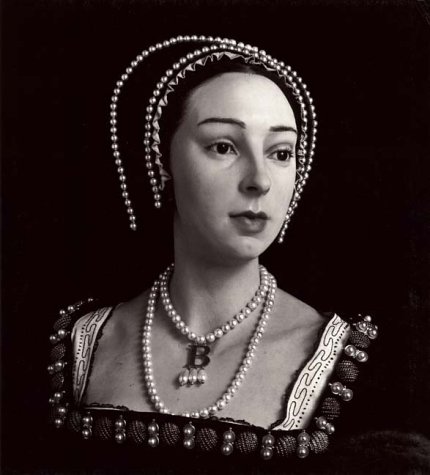 Sugimoto Portraits
by Hiroshi Sugimoto
Publisher's Description
Portraits showcases 75 of Sugimoto's exquisite bust and full-length portraits of notable historical figures housed in various wax museums. Portraits is a catalogue for travelling exhibition that began in Germany. The quality of light evokes Rembrandt in every sense of the comparison.
Amazon.com Review
Sugimoto: Portraits is the definitive discussion to date of the thought-provoking contemporary photographer Hiroshi Sugimoto. Following a career that has focused on formal studies of museum dioramas, cinema interiors, and exquisite seascapes, Sugimoto accepted a commission from the Guggenheim to create a series of life-size black-and-white portraits of waxwork figures. His latest method of working enables him to take pictures of people who existed long before the invention of the camera: "I wanted to be the first sixteenth-century photographer," he says of his carefully constructed portraits of Henry VIII and his six wives. He notes that during the 18th century, wax figures played the same role of preserving a likeness as a portrait photograph.

Seventy-five of Sugimoto's waxwork portraits are reproduced here in richly textured duotones. Context for this latest direction taken by the artist is provided by examples of his earlier work and famous portraits by Holbein, Rembrandt, and others. An extensive bibliography and chronology complete the academic contribution of this elegant book. The many-layered conceptual questions related to "the archaeology of time" that his works inspire are explored in several essays, but the most successful chapter is a lively interview with Sugimoto himself. He tells how he photographed a tableau based on Leonardo da Vinci's Last Supper that he discovered with delight in a small Japanese town; he is fascinated by the ironies of a Japanese man photographing an icon of Western art exhibited in Japan, fabricated in wax by Mexican workers using a European tradition. --John Stevenson