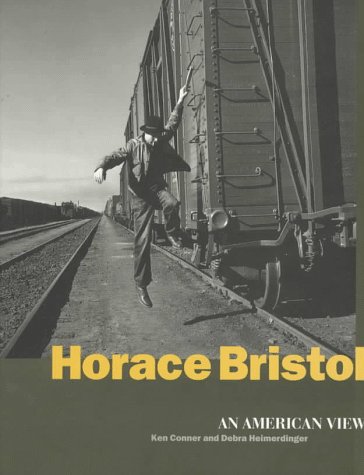 Horace Bristol: An American View
by Ken Conner
Publisher's Description
As one of the first photographers for Life Magazine, Horace Bristol's career spanned the formative period of American photojournalism, from the Great Depression to the Cold War. His images, whether portraying fighter planes in formation, Depression era shanty towns, or the rebuilding of Japan, epitomize the optimistic and heroic style of classic American photojournalism. During the 30s he photographed California's migrant laborers alongside John Steinbeck, making images of the family the writer would eventually immortalize in The Grapes of Wrath. Back in print.
Amazon.com Review
This collection will do much to resurrect the reputation of the California native who became one of Life magazine's first staff photographers, only to burn much of his work after being devastated by personal tragedy in 1956. Bristol languished in obscurity for nearly three decades before a quirk of fate prompted him to reclaim his legacy. Among the images salvaged for posterity here are pictures of the Golden Gate Bridge under construction, Depression era street scenes, farm laborers, assignments for Edward Steichen's special World War II photographic unit, and views of a bombed-out Tokyo.
ISBN: 0811812626
Publisher: Chronicle Books
Hardcover : 144 pages
Language: English