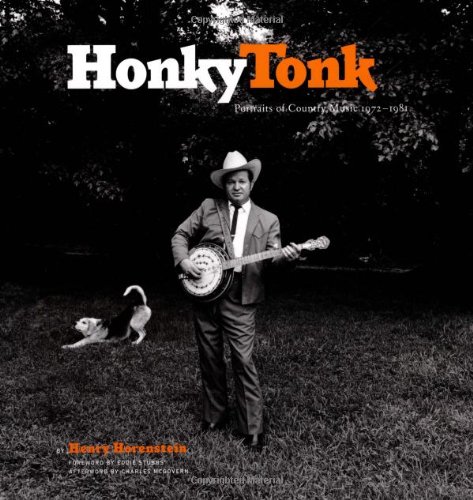 Honky Tonk: Portraits of Country Music, 1972-1981
by Charles McGovern
Publisher's Description
In the 1970's, Henry Horenstein was a young photographer who shot album covers for Rounder Records. In his off-hours, he immersed himself in country music at the show venues, music parks, and the rural saloons that coursed with the music and its rough-and-tumble lifestyle, otherwise known as honky tonks. With over 100 incomparable duotone photographs, Honky Tonk captures the heart of the country music experience during a period of transition, as the friendly familiarity of the scene-from the huge hall of the Grand Ole Opry to the family vacation camps-took on a more commercial polish. Disarming portraits of legends such as Bill Monroe, Dolly Parton, and Merle Haggard brush up against shots of the workaday fans who kept the scene alive. Offering an intimate glimpse into country music as it was performed and enjoyed, these photographs capture a true slice of American life where artists and fans converged to enjoy music and strut their stuff.
ISBN: 0811836274
Publisher: Chronicle Books
Paperback : 144 pages
Language: English