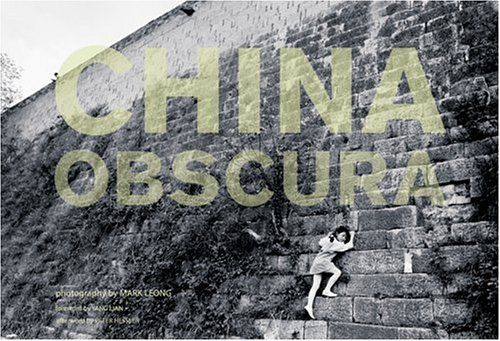 China Obscura
by Mark Leong
Publisher's Description
Arriving in mainland China by chance just a day after the 1989 Tiananmen Square crackdown, young Chinese-American photographer Mark Leong was compelled to stay and explore with his camera's lens the fascinating contradictions of a rapidly changing but still intensely traditional Chinese society. Living in Beijing and traveling across China for the past fifteen years, he has captured images that astonish with their power and with his unprecedented access to both official and underground Chinese culture. This is a China rarely seen, where schoolchildren learn the tenets of Mao and an addict sifts heroin on a bill bearing the Chairman's benevolent likeness; where nervous stockbrokers carry handguns and teenage rollerbladers hope for fame and financial sponsorship. In more than 150 photographs, with a foreword by noted Chinese poet Yang Lian and an afterword by author Peter Hessler, China Obscura is an intimate and exquisitely detailed portrait of a society accelerating toward an uncertain future, precariously straddled between old and new.
ISBN: 0811844617
Publisher: Chronicle Books
Hardcover : 224 pages
Language: English