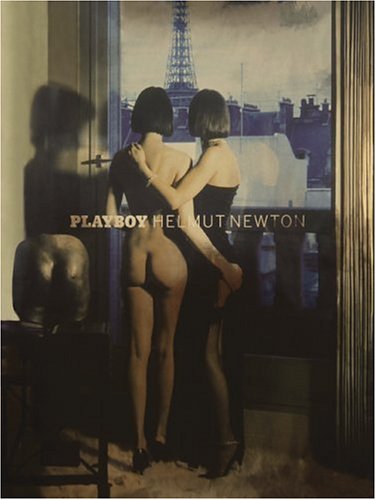 Playboy: Helmut Newton
by Walter Abish
Publisher's Description
Following Playboy's celebrated fiftieth anniversary Photographs and Cartoons comes an arresting retrospective of Helmut Newton, one of the 20th century's most influential photographers. Renowned for his carefully composed, almost cinematic shots, Newton's signature style makes for a dramatic counterpoint to the Playboy nudes known the world over. Collected between shimmering metallic covers are more than 150 color and black and white photographs. Here we see Newton's take on Playmates in Los Angeles, Nastassja Kinski playing out a fantasy with a doppelgänger doll, a Lolita-esque travelog, and more. With a foreword by Hugh M. Hefner, an introduction by celebrated writer Walter Abish, and an afterword by Playboy's director of photography for the past 30 years, Gary Cole, Playboy: Helmut Newton is the definitive book of Newton nudes.

Helmut Newton was born in Berlin in 1920. His family fled to Australia in 1938, where Newton served in the army and began work as a photographer. He died in Los Angeles on January 23, 2004.

Walter Abish is the winner of an Award of Merit Medal from the American Academy and Institute of Arts and Letters. His most recent book is Double Vision: A Self-Portrait.