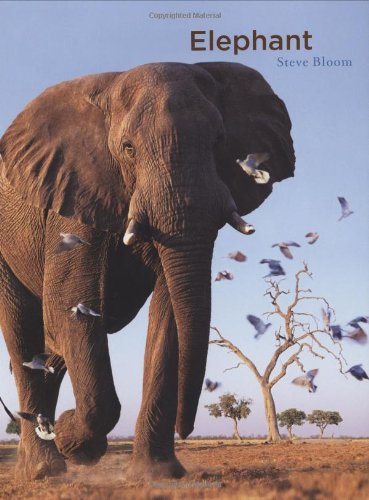 Elephant
by Steve Bloom
Publisher's Description
Best-selling photographer Steve Bloom follows up his wildly successful book Untamed with a tribute to the largest land mammals on earth. Twelve years in the making, this joyous celebration features elephants from the wildest reaches of Botswana to the teeming cities of India. With aerial shots of the herds in motion, dramatic interactions between angry males, and tender moments between mothers and their calves, this collection features an intimate look at these animals who, though seemingly as distinct from humans as a creature could be, share surprisingly similar characteristics: They have family structures like our own, they show loyalty and allegiance to those closest to them, they grieve as well as express joy, and—as these photographs show—they have strongly individual personalities. Outdoor Photography magazine called Steve Bloom’s photos, 'the best case yet for the defense of the earth.' See for yourself why these creatures—once found in nearly fifty countries and now on the endangered species list—are, according to Bloom himself, 'the true kings of the jungle.'
ISBN: 0811857271
Publisher: Chronicle Books
Hardcover : 224 pages
Language: English