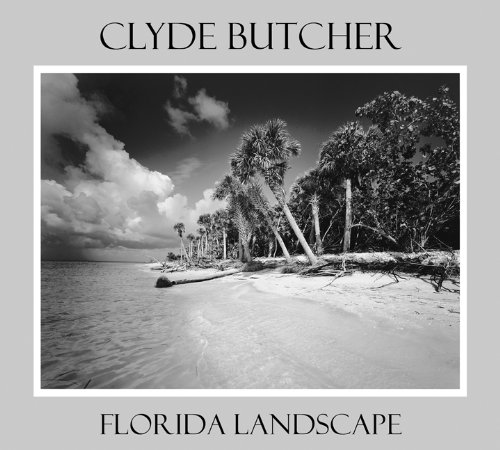 Clyde Butcher Florida Landscape
by Clyde Butcher
Publisher's Description
Clyde Butcher's compelling black and white photographs chronicle some of America's most beautiful and complex ecosystems. The exquisite beauty and depth of his work draw the viewer into a relationship with nature. For more than thirty years he has been preserving the untouched areas of the landscape on film, and for twenty of those years he has concentrated on Florida. His images are captured with 8'x10', 11'x14', and 12'x20' view cameras. The large format allows him to express in elaborate detail the textures that distinguish the beauty of the landscape. Butcher has recently been honored by the State of Florida with the highest award given to a private citizen, the Artists Hall of Fame Award, for photographic excellence, as well as the Heartland Community Service Award for his work in educating the people of Florida about the beauty of their state. He has received the Conservation Colleague Award from The Nature Conservancy, and the Ansel Adams Conservation Award from the Sierra Club. He was chosen as Person of the Week on the ABC Evening News with Peter Jennings. Two videos, the PBS documentary 'Visions of Florida' and 'Big Cypress Preserve: Jewel of the Everglades,' have also won awards. Butcher's photography has been exhibited in museums throughout the United States and in Europe. His current traveling exhibit, 'Visions for the Next Millennium,' began in Prague at the National Gallery of the Czech Republic and will travel in Europe and the United States through 2007.
ISBN: 0813028256
Publisher: University Press of Florida
Hardcover : 64 pages
Language: English
Dimensions: 9.7 x 9.3 x 0.6 inches