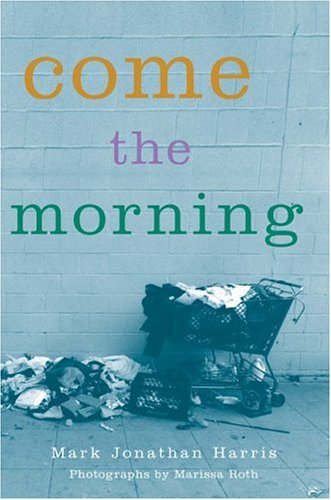 Come the Morning (Landscapes of Childhood Series)
by Mark Jonathan Harris
Publisher's Description
Published in 1989 to wide acclaim, Come the Morning was one of the first novels for older children to treat the problem of homelessness realistically. Fifteen years later, with unemployment and poverty on the rise again and homeless families haunting the streets of all our major cities, the book remains as sobering and timely as it was in the late 1980s.

Come the Morning tells the story of the Gibsons, a working-class family from El Paso, Texas, who are struggling to survive the desertion of their father. When Constance Gibson receives a money order postmarked Los Angeles from her husband Clyde, she and her oldest child, thirteen-year-old Ben, interpret it as an invitation to join Clyde in the city of dreams. Once in Los Angeles, the Gibsons encounter one ordeal after another, eventually moving them out of a frightening welfare hotel and onto the menacing streets of skid row. Throughout their harrowing struggle, Ben clings desperately to the belief that they will find Clyde, restore their family, and rebuild their lives. While Ben searches for his father, his mother tries valiantly to find them food and shelter.

Stark and sparsely written, this novel is a moving account of a young man forced to measure memory and love against reason and reality. It is at once an illuminating look at the surreal lives of America’s homeless and a tribute to the strength of faith and family. The new edition of this prize-winning novel is enriched with twenty striking photographs by Marissa Roth and a new afterword and commentary by the author.
ISBN: 0814332412
Publisher: Wayne State University Press
Paperback : 220 pages
Language: English
Dimensions: 6 x 8.9 x 0.5 inches