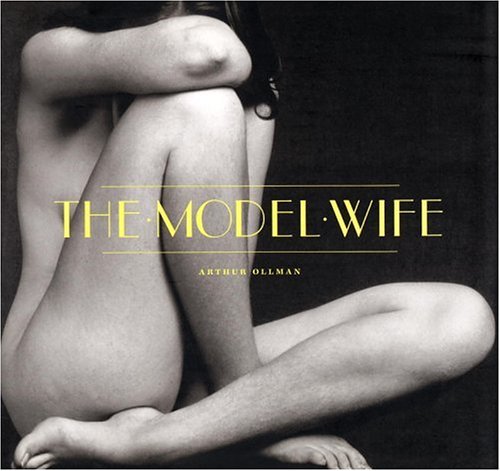 The Model Wife
by Arthur Ollman
Publisher's Description
From Alfred Stieglitz's photographs of Georgia O'Keeffe to Emmet Gowin's images of Edith, Arthur Ollman's The Model Wife chronicles the collaborative relationships that have yielded some of the twentieth century's most intimate nudes and portraits. Other photographers include Baron Adolphe de Meyer, Edward Weston, Lee Friedlander, and Harry Callahan. NOTE: This book is being offered at a heavily discounted price from the $65.00 retail. Therefore, no web discounts apply.
Amazon.com Review
Photographer and author Arthur Ollman explores nine couples whose collaborations as photographer and wife have resulted in a series of pictures that speak volumes about marriage itself, the distinction between self and other, the observer and the observed. In another writer's hands the subject could have become merely a gimmick, an excuse for a book, but in Ollman's it has extraordinary depth. He is an engaging writer and a thoroughgoing scholar who studied the couples he portrays, and he writes with understanding, balance, and respect about mental illness, suicide, loss of love, loss of life, and the simple vagaries of daily, entwined responsibilities.

The photographers are Baron Adolph de Meyer, Alfred Stieglitz, Edward Weston, Harry Callahan, Emmet Gowin, Lee Friedlander, Masahisa Fukase, Seiichi Furuya, and Nicholas Nixon--three of whom still photograph the wives whose long-lost, limber years are included here. In a long introductory essay, Ollman touches on a dozen important themes: the definition of muse, the ambitions of the subject, the role of the photographer in "postmortem recording," the vulnerability of both artist and subject, the collaborative role of the wife, the difference in depictions of wives as opposed to mistresses (he scathingly deconstructs Andrew Wyeth's secret, near-predatory relationship with the silent, compliant Helga), and the mutuality that these nine relationships exude. "Only the most secure or brazen persist in the long-term portrayal of their spouse," he concludes. In the chapters that follow, Ollman writes brief histories of the photographers and marriages represented by carefully chosen series of pictures. This is a beautifully nuanced book on every level: visual, verbal, and imaginative. --Peggy Moorman