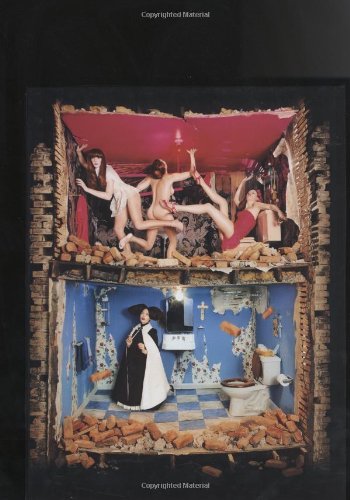 Hotel Lachapelle
by David LaChapelle
Publisher's Description
The follow-up to the photographer's outrageous, acclaimed monograph LaChapelle Land, Hotel LaChapelle boasts an even wilder cast of models and actors, all pushing the boundaries of good taste, celebrity conventions, and style. Designed by Callaway Editions in an oversized, colorful box.
Amazon.com Review
This second boxed book of David LaChapelle's photographs (LaChapelle Land is the first) ends with a beautifully written commentary by LaChapelle himself offering readers insight into the book and his photographic process: "And when people come for a photo session with me, they are giving themselves over, sort of checking in. When you stay at a hotel you're living for one day in a place where you don't normally live. That feeling can be true with photographs, too." LaChapelle's photographs can be spotted a mile away. If you read magazines, you know his work: it jumps out like none other with the expertly created environments and alternate realities in which he places his subjects. These universes are complete and constantly evolving to fit dynamic personalities. Hotel LaChapelle is filled with a celebrity cast as well as what LaChapelle calls "characters on the peripheries." The colors are as vibrant and inorganic as the settings that encapsulate his models. In this world, heads are sewn onto different-colored bodies, a nurse holds a face with a pair of tweezers, Marilyn Manson works as a school crossing guard, Madonna is a Krishna goddess, Leonard DiCaprio becomes Marlon Brando, and Ewan McGregor's face peers into a dollhouse while his body bleeds from a gunshot wound fired from Barbie's diminutive gun. The list goes on, and what it says about LaChapelle's vision is that excess is never too much. --Amra Brooks
ISBN: 0821226363
Publisher: Bulfinch
Hardcover : 168 pages
Language: English
Dimensions: 11.9 x 14.8 x 1 inches