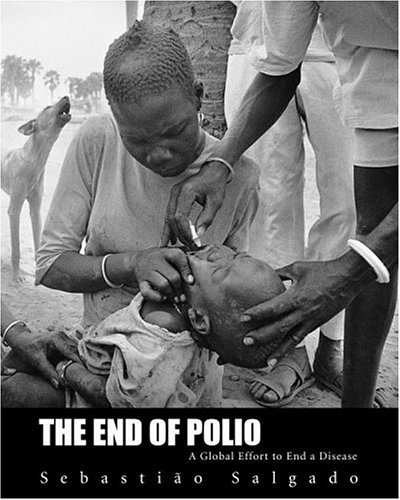 The End of Polio: A Global Effort To End A Disease
by Kofi A. Annan
Publisher's Description
The praiseworthy work of Sebastiao Salgado stands as an example to socially conscious people across the world, regardless of background and profession. Trained as an economist, Salgado's conscience was unceremoniously awoken during trips to mining and labor camps in his native Brazil in the 70s. Based on what he witnessed, he decided to enlist the power of photography to help him affect change in the world-his pioneering work has been published in numerous monographs and exhibited around the world, educating diplomats and lay-people alike to the numerous ills that afflict humanity. Polio is one such ill. In 1988, the Global Polio Eradication Initiative was begun. Salgado traveled to five polio endemic countries-Democratic Republic of Congo, India, Pakistan, Somalia, and Sudan-to photograph the campaign to eradicate polio by 2005.
ISBN: 0821228501
Publisher: Bulfinch
Hardcover : 160 pages
Language: English