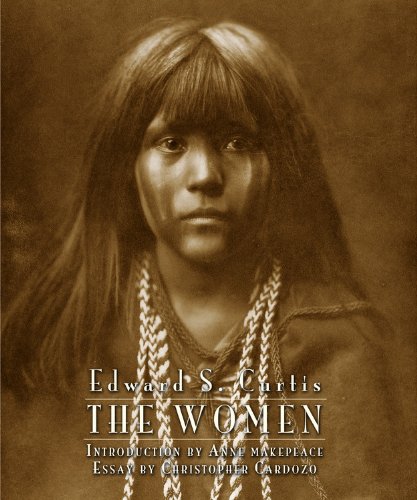 Edward S. Curtis: The Women
by Louise Erdrich
Publisher's Description
These indelible portraits of Native Americans by Edward S. Curtis, made at the dawn of the 20th century, have become among the most avidly collected, published, and sought-after emblems of early encounters with American Indian life. But not until now has there been a book on Curtis’s photographs of women. This book, the follow-up to Edward S. Curtis: The Great Warriors, collects 100 of his most compelling photographs of Native American women. The images are drawn from Christopher Cardozo’s collection, which includes iconic Curtis pictures as well as several little-known gems and never-before-published images. Beautifully produced, the volumes in this Edward S. Curtis series are a fitting testament to the profound beauty, meaning, and complexity of Indian life, and to Edward S. Curtis, a man who had the wisdom, passion, and strength to devote 30 years to capturing the nobility and pride of the native peoples of North America.
ISBN: 0821228951
Publisher: Bulfinch
Hardcover : 128 pages
Language: English
Dimensions: 0.7 x 12.2 x 10.2 inches