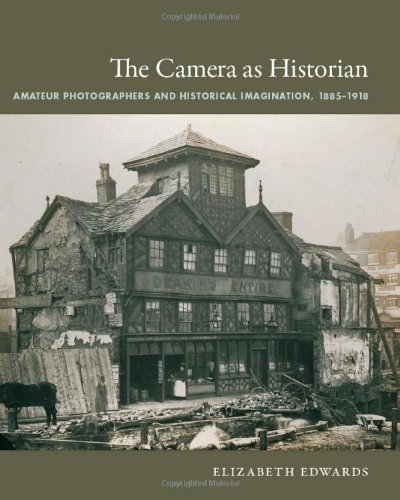 The Camera as Historian: Amateur Photographers and Historical Imagination, 1885–1918 (Objects/Histories)
by Elizabeth Edwards
Publisher's Description
In the late nineteenth century and early twentieth, hundreds of amateur photographers took part in the photographic survey movement in England. They sought to record the material remains of the English past so that it might be preserved for future generations. In The Camera as Historian, the groundbreaking historical and visual anthropologist Elizabeth Edwards works with an archive of nearly 55,000 photographs taken by 1,000 photographers, mostly unknown until now. She approaches the survey movement and its social and material practices ethnographically. Considering how the amateur photographers understood the value of their project, Edwards links the surveys to concepts of leisure, understandings of the local and the national, and the rise of popular photography. Her examination of how the photographers negotiated between scientific objectivity and aesthetic responses to the past leads her to argue that the survey movement was as concerned with the conditions of its own modernity and the creation of an archive for an anticipated future as it was nostalgic about the imagined past. Including more than 120 vibrant images, The Camera as Historian offers new perspectives on the forces that shaped Victorian and Edwardian Britain, as well as contemporary debates about cultural identity, nationality, empire, material practices, and art.
ISBN: 0822351048
Publisher: Duke University Press Books
Paperback : 344 pages
Language: English
Dimensions: 8 x 10.2 x 0.9 inches