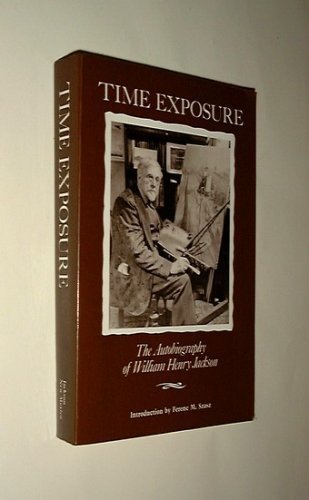 Time exposure: The autobiography of William Henry Jackson ; with an introduction by Ferenc M. Szasz
by William Henry Jackson
Publisher's Description
The nineteenth-century American landscape photographer William Henry Jackson produced over 80,000 negatives that provide us with a fascinating perspective of the then frontier American West. Time Exposure, written while he was in his mid-nineties and first published in 1940, gives us a first-hand account of the life of a man who experienced the rugged West and the trials and tribulations of photographing it. It chronicles his childhood days, his first photo-related job as a retoucher, his enlistment in the Civil War, as photographer for the Hayden expedition from 1870 to 1879, (the output of which was largely responsible for declaring the Yellowstone area as a National Park and stimulating the public's yearnings for the New West), and later life as owner of a successful photographic business. Of literary interest, Time Exposure ranks with the best of other great photographers' biographies including Genthe's As I Remember, Steichen's A Life in Photography, and Bourke-White's Portrait of Myself.
ISBN: 0826308678
Publisher: University of New Mexico Press
Paperback : 341 pages
Language: English