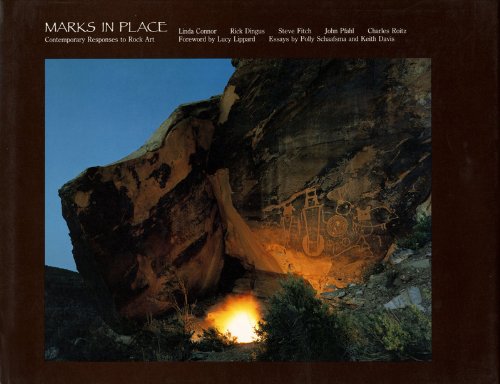 Marks in Place: Contemporary Responses to Rock Art
by Linda Connor et al.
Publisher's Description
A photographic survey of the sacred carvings and paintings on rocks produced by pre-historic American Indian cultures--markings which remain powerful and beautiful today. In their own style, five photographers address these sacred sites visually, while at the same time exploring in essays the form and content of the markings and their haunting connection with modern man. Originally funded by the National Endowment for the Arts, the survey is a fascinating look at the magnetism of primitive markings and at their fragility in the face of modern development.