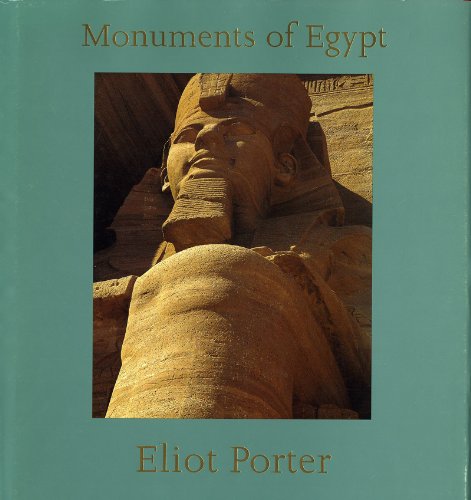 Monuments of Egypt
by Wilma Stern
Publisher's Description
Eliot Porter's photographic tour of Egypt, made in the 1970's, concentrates on the magnificent New Kingdom structures in and around the ancient city of Thebes--the Ramesseum, the temples at Karnak and Luxor--and the temples of Ramesses II and Nefertari at Abu Simbel. These monuments date from one of the greatest periods in Egyptian history, when the empire stretched from the Sudan to Syria. Porter has confronted the problem of scale in photographing these massive structures and has done so with a masterful and characteristically understated use of composition and viewpoint.
ISBN: 0826312322
Publisher: Univ of New Mexico Pr
Hardcover : 102 pages
Language: English