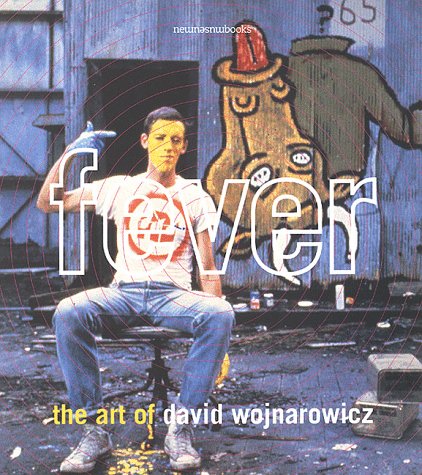 Fever: The Art of David Wojnarowicz (New Museum Books, 2)
by Dan Cameron
Publisher's Description
The defiant, controversial art of David Wojnarowicz is chronicled here with several accompanying essays fleshing out the themes in his highly political, homoerotic works.
Amazon.com Review
Like James MacNeill Whistler, David Wojnarowicz became briefly infamous in his own lifetime by taking a cultural conservative to court. Whistler's antagonist was none other than art critic John Ruskin, who likened Whistler's Nocturne in Black and Gold to flung paint. Whistler won the trial, but was awarded a penny; legal costs bankrupted him. Similarly, the constantly penurious Wojnarowicz sued Rev. Donald Wildmon of the American Family Association for copying an inset photograph from the artist's Sex series for use in anti-NEA propaganda. Wojnarowicz won an injunction, but was scantly compensated, and the NEA withdrew funding for the exhibition catalog where the series was reproduced.

Whistler was an American expatriate, Wojnarowicz a stranger in his own land, living "in the shadow of the American dream," as he put it, as a hustler, lover, and multimedia artist until his untimely death from AIDS. The New Museum of Contemporary Art, New York, has mounted a retrospective of Wojnarowicz's work, with funding from Versace Classic, a corporate, rather than public, sponsor. Fever serves as the catalog as well as an excellent introduction to the artist's paintings, drawings, photographs, and writings. With no formal training and little support from the art establishment, Wojnarowicz managed to create a body of work that is complex, compelling, and politically engaged in a way that will remain relevant as long as critics posing as public guardians attempt to stifle art's persistent provocation. --Robert Burns Neveldine