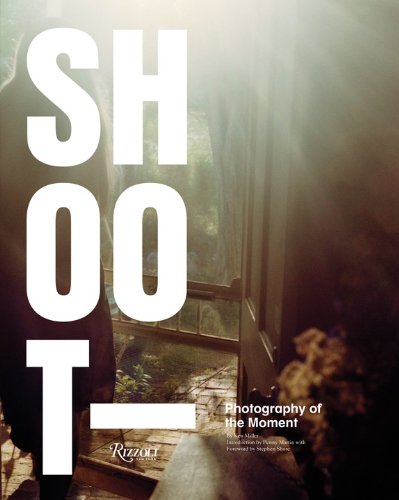 Shoot: Photography of the Moment
by Penny Martin
Publisher's Description
Shoot: Photography of the Moment presents the work of twenty-six photographers whose work focuses on capturing a moment rather than elaborate lighting setups or controlled, manufactured scenarios. Employing the most basic photographic tools—a single-lens reflex camera and natural light——they must rely on their instincts and their ability to interact with a situation to create a dynamic image. This freewheeling approach reflects an era in which we are increasingly bombarded and saturated by images, and the emotional resonance of images has become an important part of our visual vocabulary.

Engström, and Glynnis McDaris, to show how this style has gained traction and influence. With a preface by Stephen Shore and introduction by Penny Martin, Shoot is a remarkable survey of the most innovative contemporary photographers working today.