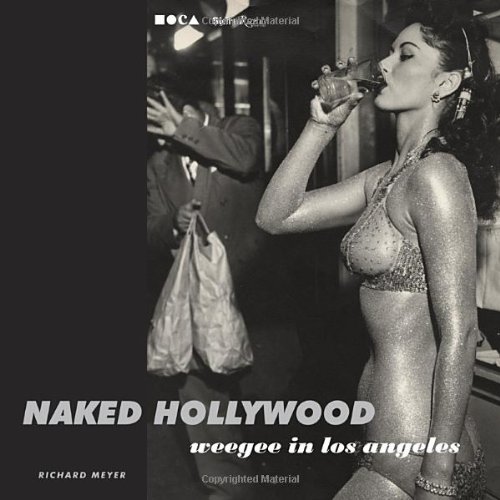 Naked Hollywood: Weegee in Los Angeles
by Los Ange The Museum of Contemporary Art
Publisher's Description
In 1946, the tabloid photographer known as Weegee relocated from New York City to Los Angeles. Abandoning the grisly crime scenes for which he was best known, Weegee trained his camera instead on Hollywood celebrities, starlets, autograph seekers, and shop-window mannequins, sometimes distorted through trick lenses and multiple exposures. “Now I could really photograph the subjects I liked,” said Weegee of his newfound career in Los Angeles, “I was free.”

Following the photographer’s lead, the exhibition and accompanying catalog documents the lurid, irresistible undersides of stardom, fandom, commerce, and self-promotion in mid-century Los Angeles. In addition to presenting approximately 200 photographs, many of which have never before been shown, the book explores Weegee’s related work as an author, filmmaker, and photo-essayist. The photo-book Naked Hollywood, by Weegee and Mel Harris (published in hardcover in 1953 and released as a pulp paperback in 1955), provides the inspiration and departure point for the Museum of Contemporary Art, Los Angeles, exhibition and catalog, the latter of which reproduces the pulp paperback edition in its entirety.
ISBN: 0847837629
Publisher: Skira Rizzoli
Hardcover : 156 pages
Language: English
Dimensions: 10.6 x 10.6 x 0.8 inches