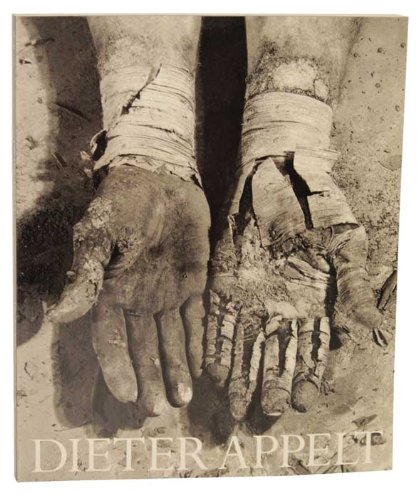 Dieter Appelt
by Sylvia Wolf
Publisher's Description
The work of one of Germany's most powerful photographers and performance artists is collected in this exhibition catalogue from a major exhibition of his work at The Chicago Art Institute. As a 10-year-old child, Appelt was evacuated from his family's Berlin farmhouse only to return several weeks later to an area of total destruction and death. This experience influenced his work greatly, as many of his images investigate such issues as death, transformation and rebirth. Included in this monograph are not only his most recent works, such as the forty-part "Tableau Space" from the 1990 Venice Biennale "Symmetry of Skulls," and "Black Box," but also early works such as photographs he took in his twenties when he broke into Hitler's abandoned bunker. An excellent collection of works by this influential artist.
ISBN: 0865591326
Publisher: Art Inst of Chicago Museum Shop
Paperback : 142 pages
Language: English