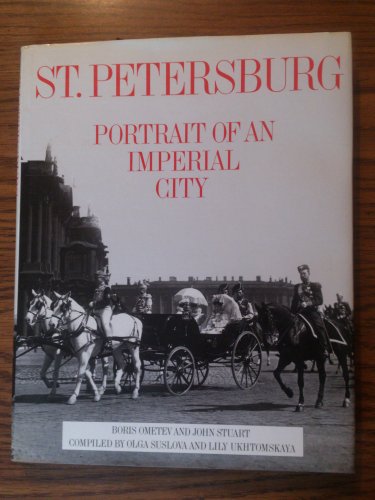 St. Petersburg: Portrait of an Imperial City
by Boris Ometev
Publisher's Description
"Over 300 magnificent, unpublished photographs from archives in the Soviet Union recreate life as it was lived in one of Europe's most beautiful cities. Covering the years from the turn of the century through the Revolution of 1917, they capture Russia's capital on the Baltic as the nation's cultural and political center . . . St. Petersburg, the first book on the subject to be published in English, makes a major contribution to our understanding of Imperial Russia."--the publisher.
ISBN: 0865651205
Publisher: Vendome Pr
Hardcover : 240 pages
Language: English