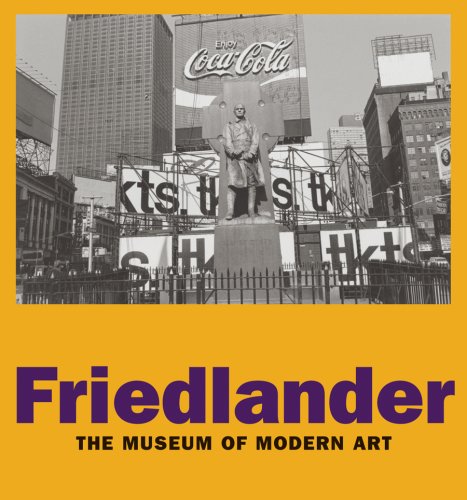 Friedlander
by Lee Friedlander
Publisher's Description
Writing about The Museum of Modern Art, New York's monumental and critically acclaimed 2005 Lee Friedlander retrospective, Richard Lacayo of Time magazine said:“If a sophisticated notion of what a picture can look like, the continuous construction of new avenues of feeling, and sheer, sustained inventiveness are the measures we go by, then Friedlander is one of the most important American artists of any kind since World War II. . . Friedlander loves the muchness of the world. He loves the haphazard multitude of things that can pop up in every picture—street signs, sunbeams, bits of roofline, a jagged shadow—all colliding and contradicting one another. In his breezy but very acute introduction to the show’s catalogue, Peter Galassi, MoMA’s Chief Curator of photography, gets it just right when he says some of Friedlander’s pictures give you the impression that ‘the physical world had been broken into fragments and reconstituted under pressure at three times its original density.’”

Now available for the first time—the paperback edition of this definitive, comprehensive volume is being published to coincide with the traveling retrospective’s stop in San Francisco at SFMOMA. At 480 pages, Friedlander includes more than 750 photographs—770 duotone and 33 color—grouped by series, as well as the incisive, aforementioned essay by Peter Galassi and an afterword by Richard Benson.
ISBN: 0870703447
Publisher: The Museum of Modern Art, New York
Paperback : 480 pages
Language: English
Dimensions: 11.6 x 12.4 x 1.5 inches