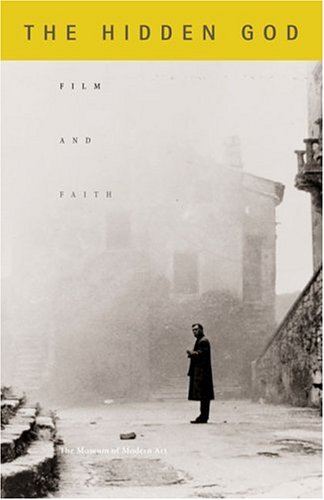 The Hidden God
by Carlos Fuentes
Publisher's Description
The sense of God has often been touched on in the movies. European directors like Ingmar Bergman, Robert Bresson, Luis Buñuel, Carl Theodor Dreyer, Krzysztof Kieslowski, Pier Paolo Pasolini, Roberto Rossellini and many others have dealt directly with the theme throughout their careers, and Hollywood too has told stories based on the Bible, the lives of the saints and the martyrdoms of ordinary people. The Hidden God, which accompanies a film series of the same name organized by The Museum of Modern Art and screening in October and November of 2003, explores the ways in which a sense of God may appear in films, whether or not it is understood as such or is visible to the eye. This book contains over 50 essays by a wide range of writers, who find God encoded not only in explicitly religious subjects but in westerns, horror movies, comedies and many other genres, and in films from all over the world. In the times, places and societies these filmmakers explore, God may be lost, found, absent entirely or seen by only a few, whether saint or sinner.
ISBN: 0870703498
Publisher: The Museum of Modern Art, New York
Paperback : 312 pages
Language: English
Dimensions: 6.4 x 9.7 x 1 inches